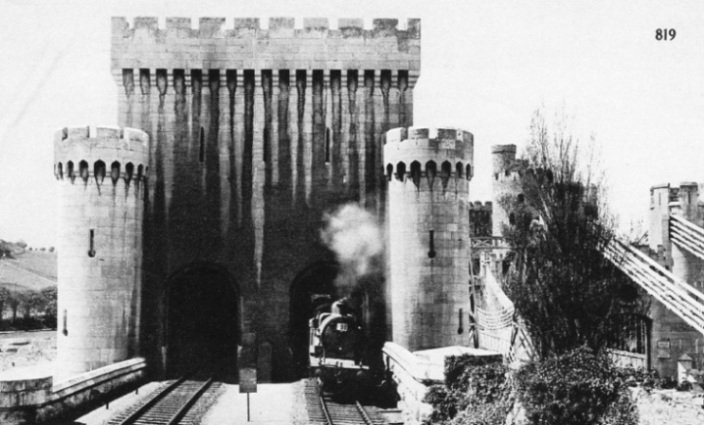 A MEDIEVAL-STYLE RAILWAY BRIDGE. Conway Castle in North Wales is one of the finest old castles extant. The main LMS line from Euston Station, London, to Holyhead runs through the castle ground. The architecture of the bridge has been designed to match the historic ruins. The railway bridge across the River Conway is parallel to the Conway Suspension Bridge, The railway bridge was constructed in 1846-1848 by Robert Stephenson. 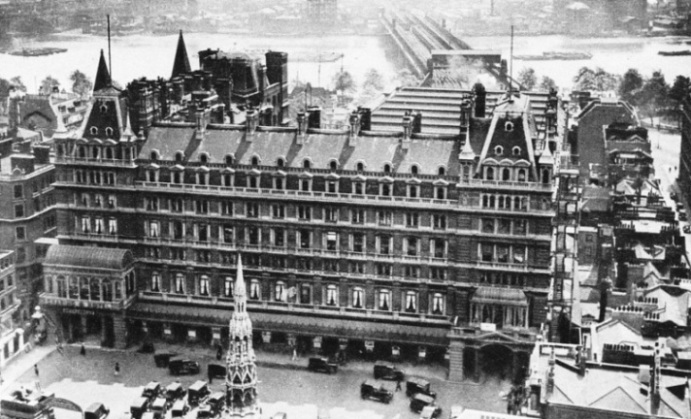 CHARING CROSS STATION is typical of railway architecture in the nineteenth century. The station, now a terminus of the Southern Railway, was formerly the terminus of the South Eastern. The building was opened in 1864; it is to-day 680 ft long and 170 ft wide. Approximately 950 trains are handled daily, all crossing the River Thames by the bridge shown in the background. Before the war nearly all the Continental traffic left from Charing Cross, but has now been concentrated, with that of the Brighton Section, at Victoria.

(Top centre) THE CENTRAL TERMINUS AT LEIPZIG, which is the largest station building owned by the German State Railways. The station is 984¼ ft long and covers, together with its platform halls, an area of 882,642 sq ft. Two vast concourses with ticket offices lead to the eleven platforms, which are gained directly by a transverse section 78¾ ft wide. The photograph above shows the approach to the station, the view below shows the magnificent interior. Another photograph of this station appears in part 32.

(Left) THE CLEVELAND UNION TERMINAL at Cleveland, USA, is a fine modern terminus. The Union Terminal lies on the New York Central’s main line between New York and Chicago. It is some 621 miles from New York. The station is served by some famous expresses, including the “Fifth Avenue Special”. The top left photograph shows the main entrance, while that below shows the chief concourse.

(Right) MODERNITY is well expressed by the two photographs on the right, showing the new station belonging to the French State Railways at Versailles, some nine miles from Paris. The upper picture shows one of the main platforms, while the lower gives an idea of the severe but effective interior design of the station. The tower is an electrically operated signal-cabin some 78 ft high. The station was opened in June, 1922. 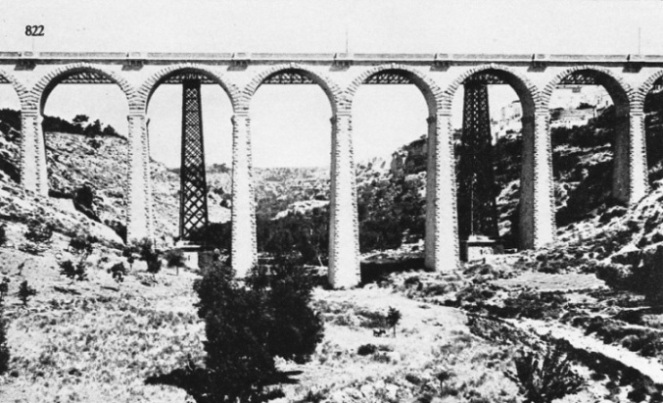 A NEW VIADUCT, at Palagianello, which carries a section of the Italian State line between Bari and Taranto in Apulia, Southern Italy. This recent structure typifies the gracefulness of modern Italian railway architecture. The viaduct was built for the general programme of improvement and development which has proceeded in Italy during the last few years. 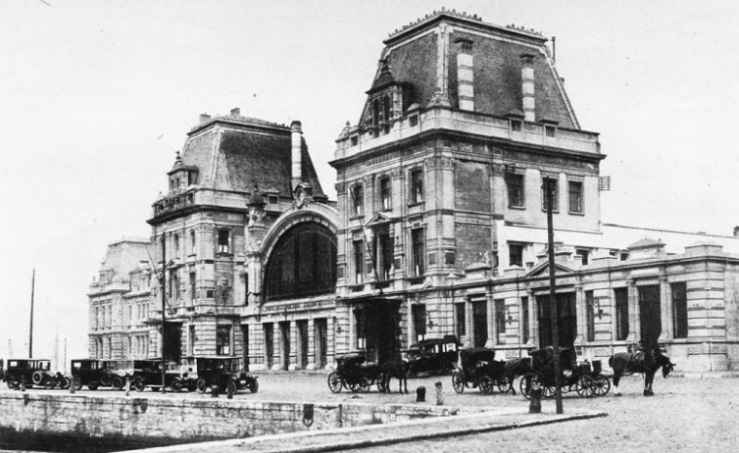 THE IMPOSING TERMINUS of the Belgian National Railways by the quay at Ostend. Ostend is the station for passengers arriving by boat from Dover. For passengers to Germany, through trains run from her to Cologne and beyond. The railway linking Brussels with Ostend reached the famous port in 1843.

You can read more on “Railway Architecture”, “Romance of a Station” and 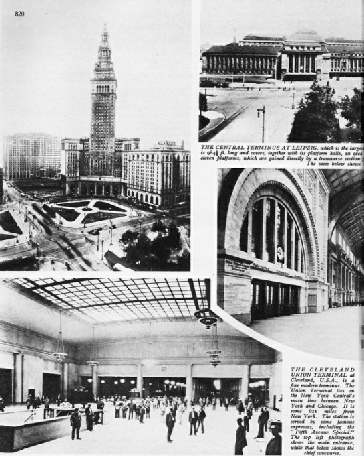 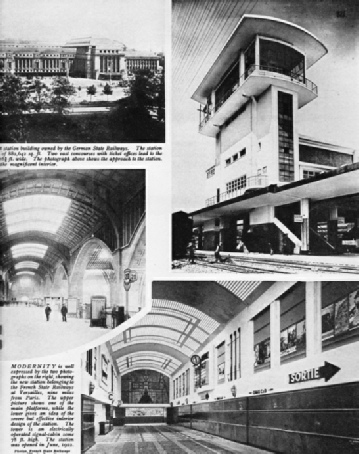