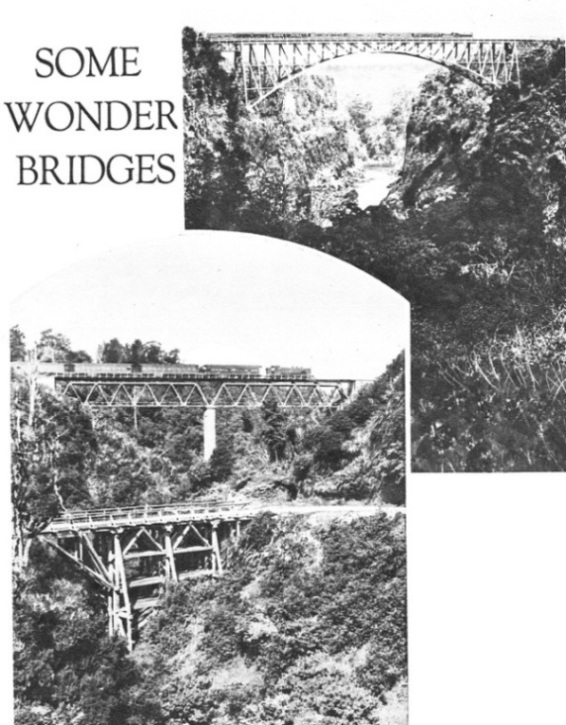 AFRICA’S LOFTIEST BRIDGE over the Zambesi River, Rhodesia, carries the railway 400 ft above the water, which boils and races after its drop over the adjacent Victoria falls. The single span of the bridge measures 500 ft at the sides the steelwork deepens to 105 ft, tapering in the centre to 15 ft.  (See also the article “Progress in Rhodesia”)

THE DAYLIGHT LIMITED from Auckland to Wellington, crossing the Manganui-O-teo Viaduct on the main trunk line in North Island, New Zealand. The mountain in the back-ground is the perpetually ice-capped Ruapehu, 9,175 ft high.

(bottom right) THE LYTTON BRIDGE, in British Columbia, with the “Confederation Express” crossing it.

(top left) MAKATOTE VIADUCT is 860 ft long, and one of the most notable in New Zealand.

(centre) SYDNEY BRIDGE. Including approaches, this bridge over Sydney harbour is 2¾ miles long. Its single span measuring 1,650 ft is the longest in the world. Besides four railway tracks, it carries a wide roadway. About 52,300 tons of steel were used and the bridge cost £10,000,000. 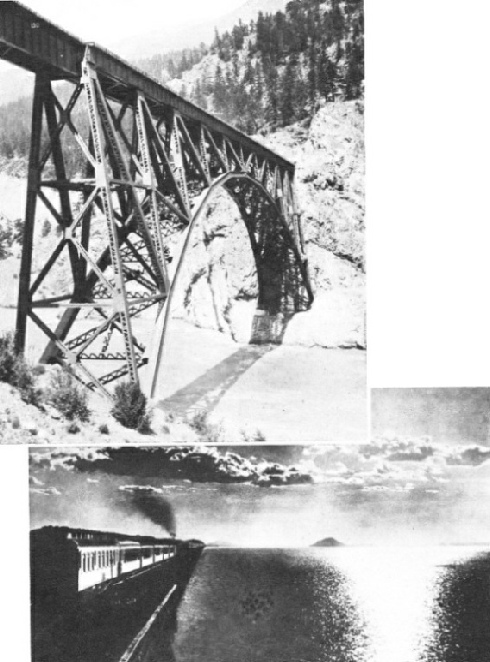 SPANNING THE CISCO GORGE. This imposing steel bridge carries the main line of the Canadian National Railways between Jasper Park and Vancouver over the Fraser River. The total length of the bridge is 810 ft. The main span measures 425 ft and the track is 200 ft above the surface of the river. 1,600 tons of steel were used.

NIGHT EXPRESS. The Southern Pacific Railway’s “Overland Limited” crossing Great Salt Lake, Utah. This is a short cut that includes 12 miles of trestling and 11 miles of embankment. It cost £1,000,000, and saved 43¾ miles in distance between Ogden and Lucin. 38,256 tree trunks were used in the construction of the timber section.

You can read more on  “Famous Viaducts”, “Over River and Lake” and “Sydney Harbour Bridge” in Railway Wonders of the World 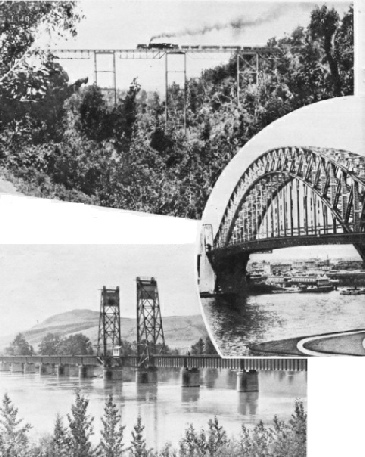 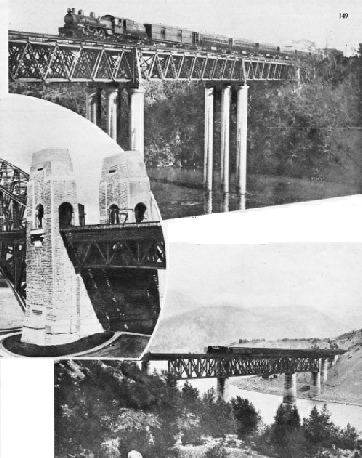